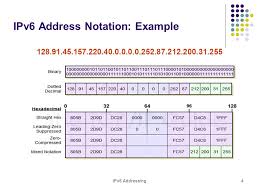 IPv6 offers other networking advantages. In most cases, computers and applications will detect and take advantage of IPv6-enabled networks and services without requiring any action from the user. IPv6 also relieves other networking issues that can arise due to the limited number of addresses available on IPv4. For example, IPv6 reduces the need for Network Address Translation, a service that allows multiple clients to share a single IP address, but is not always reliable.

Fortunately, you can shorten IPv6 addresses by eliminating zeros. There are two rules that you must follow when condensing an IPv6 address.

Notice that in each line we stripped away the leading zero from each section. The section of zeros that were separated from the other groups of zeros is now notated as a single zero (because IPv6 only allows a single set of double colons).