Every domain has a domain name server handling its requests, and there is a person or IT team maintaining the records in that DNS server’s database. No other database on the planet gets as many requests as DNS servers, and they handle all those queries while also processing data updates from millions of people every day. That’s one of the most amazing parts of DNS — it is completely distributed throughout the world on millions of machines, managed by millions of people, and yet it behaves like a single, integrated database!

A DNS server will have one of the following as its primary task:

To deal with millions of Internet users throughout the globe, a single DNS server is not capable of mapping each and every hostname to every IP address in a Computer Network.  Thus, a network of DNS known as Distributed DNS is formed. This Domain Name Systems are structured in a hierarchical format. There are basically 3 types of DNS servers- Root Servers, Top-level Domain Servers and Authoritative Servers. Lets have a look at this diagram. 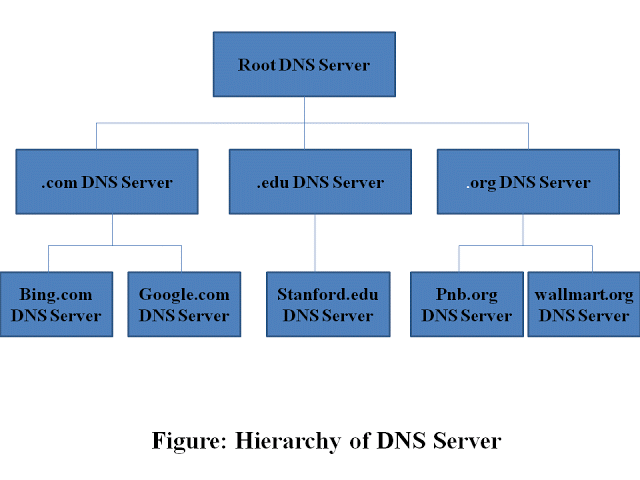 There is also one more type of DNS servers. These are known as Local DNS servers. Every Internet Service Provider (ISP) has a local DNS. Whenever a host connects to a ISP, the ISP provides it with the IP address of its local DNS server. When a host makes a DNS query , the query is 1st send to the local DNS, which forwards it to the upper DNS server hierarchy.

DNS servers that perform the first task are normally managed by your Internet service provider (ISP). As mentioned earlier, the ISP’s DNS server is part of the network configuration you get from DHCP as soon as you go online. These servers reside in your ISP’s data centers, and they handle requests as follows:

Let us discuss an example that will make you clear with the working of the DNS servers in a hierarchy.

Lets clear it with the help of a figure : 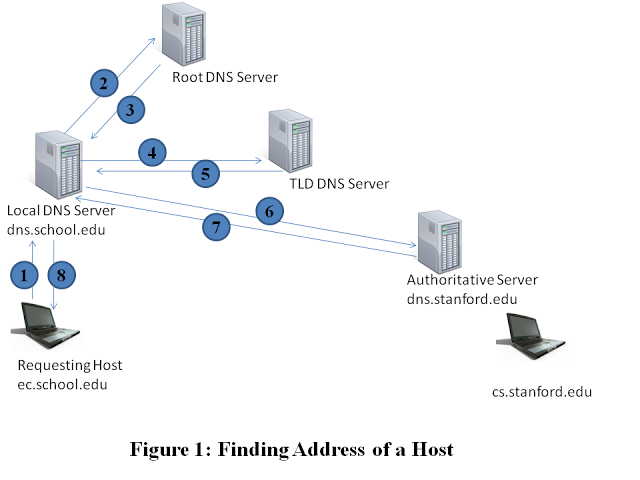 A figure for this scenario: 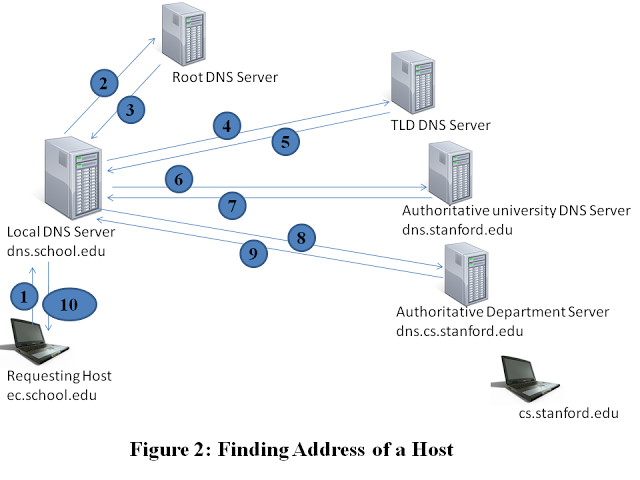 There are particularly 2 types of queries. 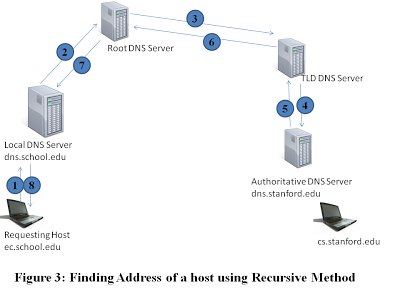 This propagation is a result of each DNS server caching the lookup result for a limited time, known as its Time To Live (TTL), ranging from a few minutes to a few days. People managing a DNS server can configure its TTL, so TTL values will vary across the Internet. So, each time you look up “www.howstuffworks.com,” it’s possible that the DNS server for your ISP will find the lookup results “70.42.251.42” in its own cache if you or someone else using that server looked for it before within the server’s TTL.

Now that you know how DNS servers are interconnected to improve the name resolution process, let’s look at how you can configure a DNS server to be the authority for your domain.